Following the success of Godspell, the three founders decided to seek incorporation for Trisoul Productions as a non-profit 501 (c) (3) company in Virginia to provide a source community-based theatre and theatre/performing arts education for children and youth. Trisoul Productions, Inc. was granted a Certificate of Incorporation in Virginia, March 7, 2007. The U.S. Internal Revenue Service granted tax-exempt status to the organization on October 31, 2007. During its 2007-2008 Season, New River Stage (NRS) was adopted as the name for the production wing of Trisoul.

Even before formal incorporation and tax-exempt status for Trisoul was achieved, the organization, now joined by Robert Smith as the fourth original member, began an extensive series of adult and children productions and summer youth camps. Twelve productions were mounted from December 2006 through June 2009 under the leadership of Artistic Director Kyla Trice. In addition, Kyla served as Director for summer youth camps and after-school performing arts workshops for children through July 2009. NRS also successfully organized trips for the public to attend various professional theatrical performances in the tri-state area.

NRS's 2008-2009 season was one of remarkable productivity, administratively as well as creatively. The Board increased its membership to seven, appointed a treasurer and secretary, acquired the donated services of a professional accountant and legal council, and sought the expert advice of community theater consultant Tony Distler. Local grant funding was obtained and made available for student scholarships to attend our children's summer camps and after-school workshops. A highly successful auction fundraiser was planned and executed in October, 2008. The NRS interactive website was updated and improved, and a dedicated telephone contact number for the public was established. NRS bestowed its first achievement awards in June 2009 to two high school seniors for their noteworthy talents and contributions to NRS productions. In July 2009, the organization's name was legally changed from Trisoul Productions, Inc. to New River Stage, Inc.

During a Summer 2009 work session, the NRS Board reviewed and revised its bylaws and mission statement. Adding new members to the Board, establishing auxiliary Board Committees, and pursuing new funding methods/opportunities/partnerships were deemed essential to sustain the mission of this growing theatre group in the most effective and creatively excellent manner possible.

NRS remains dedicated to offering its core theatrical opportunities to the New River Valley: adult community theatre productions, children's theatre productions, and workshops for children, as well as classes for adults. We thrive on artistic and charitable partnerships with other community organizations. We are always on the lookout for volunteers of all kinds and appreciate the contributions made by willing hands in the New River Valley. We have seen a lot of folks pass through our doors, and are always excited to see new people pitch in to help in all areas of production.

A SAMPLING OF PAST SHOWS

New River Stage is all about COMMUNITY. What makes up our community?

New River Stage is for PATRONS. We strive to put on a wide range of shows that suit audiences of all ages.

New River Stage is for PERFORMERS. Shows of different styles, genres and sizes are in the works year-round, and we're always looking for new faces.

New River Stage is for LEARNERS. Offering a variety of classes, we seek to not only educate, but also offer valuable skills which can enrich the knowledge of friends all around the New River Valley.

New River Stage is for BUSINESSES. We partner with businesses for shows, and also offer advertising in our programs which reach hundreds of people in every show. 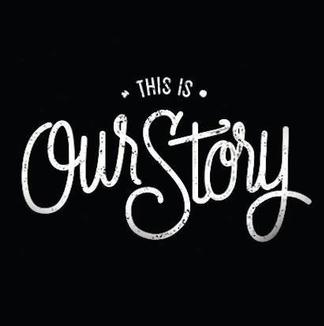 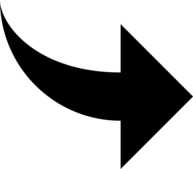